This partnership also covers Air France-KLM’s belly aircraft capacity, including over 160 long-haul aircraft.
Air France-KLM Group and the CMA CGM Group today announced that they have signed a long-term strategic partnership in the air cargo market.
“This exclusive partnership will see both parties combine their complementary cargo networks, full freighter capacity and dedicated services in order to build an even more competitive offer,” reads the release.
The agreement will have an initial duration of 10 years. Air France-KLM and CMA CGM will join and exclusively operate the full-freighter aircraft capacity of the respective airlines consisting initially of a fleet of 10 full-freighter aircraft, and an additional combined 12 aircraft on order:
4 full-freighter aircraft at CMA CGM Air Cargo (with outstanding orders for an additional 8 aircraft, 2 of which may be operated by Air France-KLM in the future),

6 full-freighter aircraft at Air France-KLM Group based at Paris-Charles de Gaulle airport and Amsterdam Airport Schiphol (with outstanding orders for an additional 4 aircraft).
This new commercial partnership also covers Air France-KLM’s belly aircraft capacity, including over 160 long-haul aircraft. The partnership will leverage both partners’ respective global sales teams, presenting one voice to the customer. The commercial partnership is expected to generate significant revenue synergies including the joint design of the full freighter networks and enhanced products and services mix opportunities.
CMA CGM will mobilize its large commercial network and global logistics platform and will complete this offer with innovative logistics and multimodal solutions, particularly in sea and land transport.
As part of this long-term exclusive partnership, CMA CGM will reinforce its commitment in the air freight industry by becoming a new reference shareholder in Air France-KLM. CMA CGM has the firm intention to take up to 9 percent of Air France-KLM’s ex-post share capital, for a period consistent with the implementation of the strategic commercial partnership.
This investment could be made as part of the contemplated capital increase of Air France-KLM, as announced on February 17th, 2022. Air France-KLM’s main shareholders will support a resolution for the appointment of one board member representing CMA CGM at the next shareholders’ meeting (May 24th, 2022). Such appointment, if approved by the shareholders’ meeting, would be subject to the completion of CMA CGM’s investment. 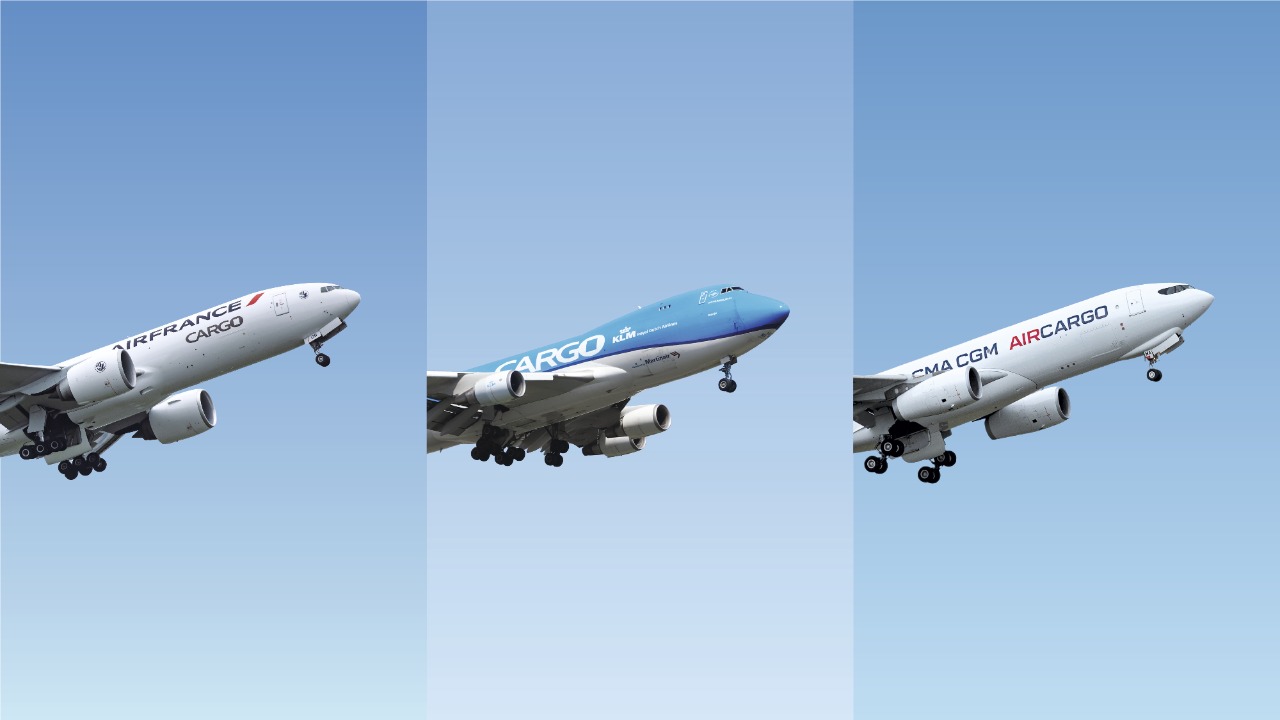 Air France-KLM and CMA CGM will join and exclusively operate the full-freighter aircraft capacity of the respective airlines consisting initially of a fleet of 10 full-freighter aircraft, and an additional combined 12 aircraft on order
Rodolphe Saadé, chairman and CEO of the CMA CGM Group said: “It allows us to significantly accelerate the development of our air division, CMA CGM Air Cargo, which was created just over a year ago, and to position our two companies among the world’s leading players in air freight. This partnership is fully in line with CMA CGM’s strategy and its ambition to become a leader in integrated logistics, for the benefit of its customers. Through our stake in the company, Air France-KLM will be able to count on us to support its future development.”
Air France-KLM Group CEO Benjamin Smith said: “This strategic partnership leverages the complementary skills, expertise and activities of Air France-KLM and CMA CGM. It is a landmark step which will significantly strengthen and expand the Group’s position in the air cargo industry. I am also extremely pleased that this commercial partnership with CMA CGM has resulted in their decision to invest directly in the Air France-KLM Group, demonstrating a strong testimony of their belief in the future success of our Group.”
Air France KLM carries an extensive full freighter and wide body belly (WBB) aircraft network built around two global hubs at Paris-Charles de Gaulle airport and Amsterdam Airport Schiphol, both fitted with state-of-the-art cargo facilities and serving 295 destinations across 110 countries.
In March 2021, the group created CMA CGM Air Cargo, a whole new operational and commercial arm specialized in air freight.
The CMA CGM Group is moving forward with its plan to develop and provide end-to-end shipping and logistics solutions in order to support its customers’ supply chains. The CMA CGM Group is present in 160 countries through its network of more than 400 offices and 750 warehouses. With its subsidiary CEVA Logistics, a world leader in logistics, which transports 400,000 tonnes of air freight and 2.8 million tonnes of land freight each year.
Source : ITLN

New airports to come up as multi-modal mobility hubs