Home Shipping Ever Given owner back in court defending ship’s erratic passage through the...

As was widely predicted at the time of its grounding, lawyers continue to be one of the big winners from the 20,388 teu Ever Given boxship’s six-day blocking of the Suez Canal in March last year.

A group of cargo owners and their insurers are suing the ship’s owner, Japan’s Shoei Kisen Kaisha, at a court in London over the accident, which saw the giant Evergreen-operated ship, carrying thousands of containers to Europe, unable to leave Egypt for months until fines were agreed upon between the shipowner and the Suez Canal Authority (SCA).

The latest court case has been brought by Adriaanse Import & Export, JDM Food Group, Rewe-Zentral, TFC Holland and insurers AIG and Allianz. Much of the claims relate to food which had spoiled by the time they reached their destination many months later than planned. The shippers and their insurers claim that the grounding happened thanks to the decision to speed through the canal and the failure to stick to the deepest, central part of the waterway.

The cargo owners told the High Court the shipowners “were negligent and/or failed to act with reasonable care and skill in breach of their duties.”

The court papers filed in London allege that the master of the ship, which was managed by Bernhard Schulte Shipmanagement, was sailing for 18 minutes above the 12-knot speed limit at which point the ship lost control, veered from side to side before grounding with its bow firmly lodged in one of the banks of the canal, blocking intercontinental trade for close to a week and creating the most high profile shipping accident this century.

Previous court cases have heaped significant criticism on the two pilots onboard the Ever Given.

The ship entered the canal on March 23 last year in stormy conditions, with strong winds. A seafarer who was on a ship further ahead in the convoy told Splash that he experienced gusts of wind that day of up to 50 knots. The master of an LNG carrier the day prior had taken the decision to delay transiting, fearful of the inclement conditions.

A few kilometres into Ever Given’s transit, placed 13th in the 20-ship convoy, the 400 m long ship veered from port to starboard and back again. In response, according to court documents from a hearing in Egypt in June last year, the lead SCA pilot instructed the helmsman to steer hard right, then hard left.

The Ever Given‘s vast hull took so long to respond that by the time it began to move, the helmsman needed to correct course again. When the second pilot objected, the two argued, an Egyptian court was told last year.

The lead pilot then gave a new order: “Full ahead.” The ship sped up to 13 knots. The two pilots continued to argue, with the lead pilot even threatening to leave the ship.

The increase in power created unforeseen problems in the shape of what is known as Bernoulli’s principle, whereby a fluid’s pressure goes down when its speed goes up

The SCA has long denied its pilots were to blame for the accident.

In June this year French reinsurer SCOR estimated claims relating to the Ever Given grounding will top $2bn.

“The grounding of the giant Ever Given has shown the world the hidden reality of our economic system,” Sylvain Gauden, chief underwriting officer for marine and energy reinsurance at SCOR, stated.

Gauden recounted the conditions the giant Ever Given faced as it entered in the northbound convoy.

A sandstorm, poor visibility, a strong south wind and some miscommunication combined to make the Ever Given accelerate in the narrow channel, rendering it unmaneuverable, Gauden explained.

“The big lesson is that some sand and wind can potentially cause a tragedy of global proportions. This demonstrates the fragility of our economic and social models,” Gauden said.

In total, SCOR, one of the world’s largest reinsurers, estimates as many as 400 ships were blocked in total, with a host of other vessels deciding to avoid the area entirely and take the longer route via the Cape of Good Hope.

Claims from the grounding include physical damage to the Ever Given, loss of revenue on the part of the SCA, the cost of the salvage operations and business interruption for owners and charterers of the blocked vessels, loss of perishables and cargo delays, as well as damage to the canal itself.

SCOR said it would take many more years to settle the claims from the Ever Given.

“Reinsurers will have to absorb the bulk of the claims, which could amount to more than $2bn,” SCOR stated. 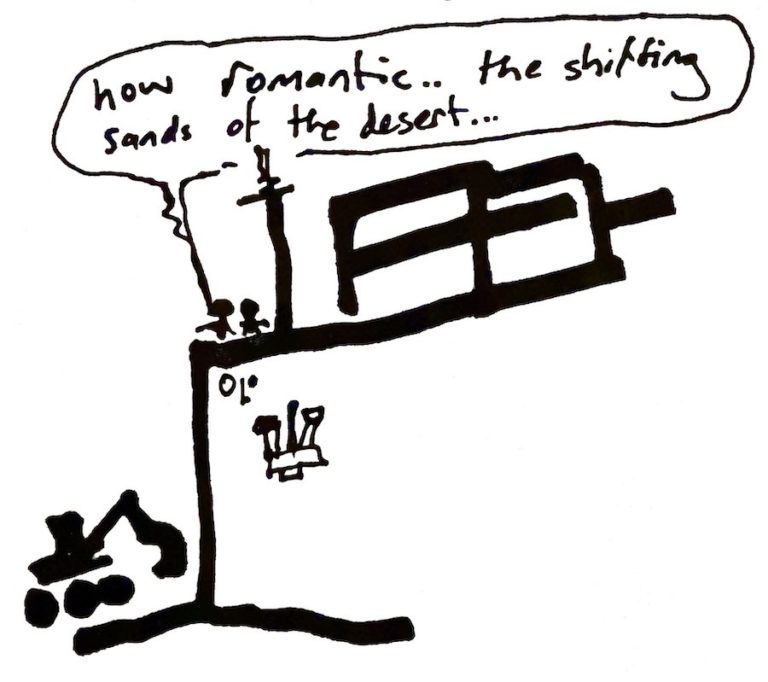