Prime Minister Narendra Modi on Thursday, June 23, launched the NIRYAT portal, which will dedicatedly deal with the import and export analysis of India. NIRYAT, or the National Import-Export Record for Yearly Analysis of Trade, has been launched by the government to provide important real-time data to all stakeholders, Modi said after launching the portal. NIRYAT has been pegged as a one-stop platform for stakeholders for easy access to critical information related to India’s foreign trade by the Centre.

The Prime Minister also inaugurated the Vanijya Bhawan at New Delhi on the day. Launching the NIRYAT portal, Modi said, “The government has been working towards ensuring ‘Citizen-Centric Governance’ for the last eight years and today we have taken another important step in this direction. Today, the country is getting a gift of a new and modern commercial building and NIRYAT portal.” Union minister of commerce and industry Piyush Goyal was also present during the event.

“This new Vanijya Bhawan and NIRYAT portal represent our aspirations of an ‘Atmanirbhar Bharat’. It will bring positive changes in the field of trade and commerce, especially for MSMEs,” PM Modi said after launching the NIRYAT portal. Users can log in to the portal with their usernames and passwords and access all import export data of the country easily.

The NIRYAT portal is aimed to “facilitate further strengthening of India’s financial sector in line with the 3Ts of Trade, Tourism and Technology,” as per the government. 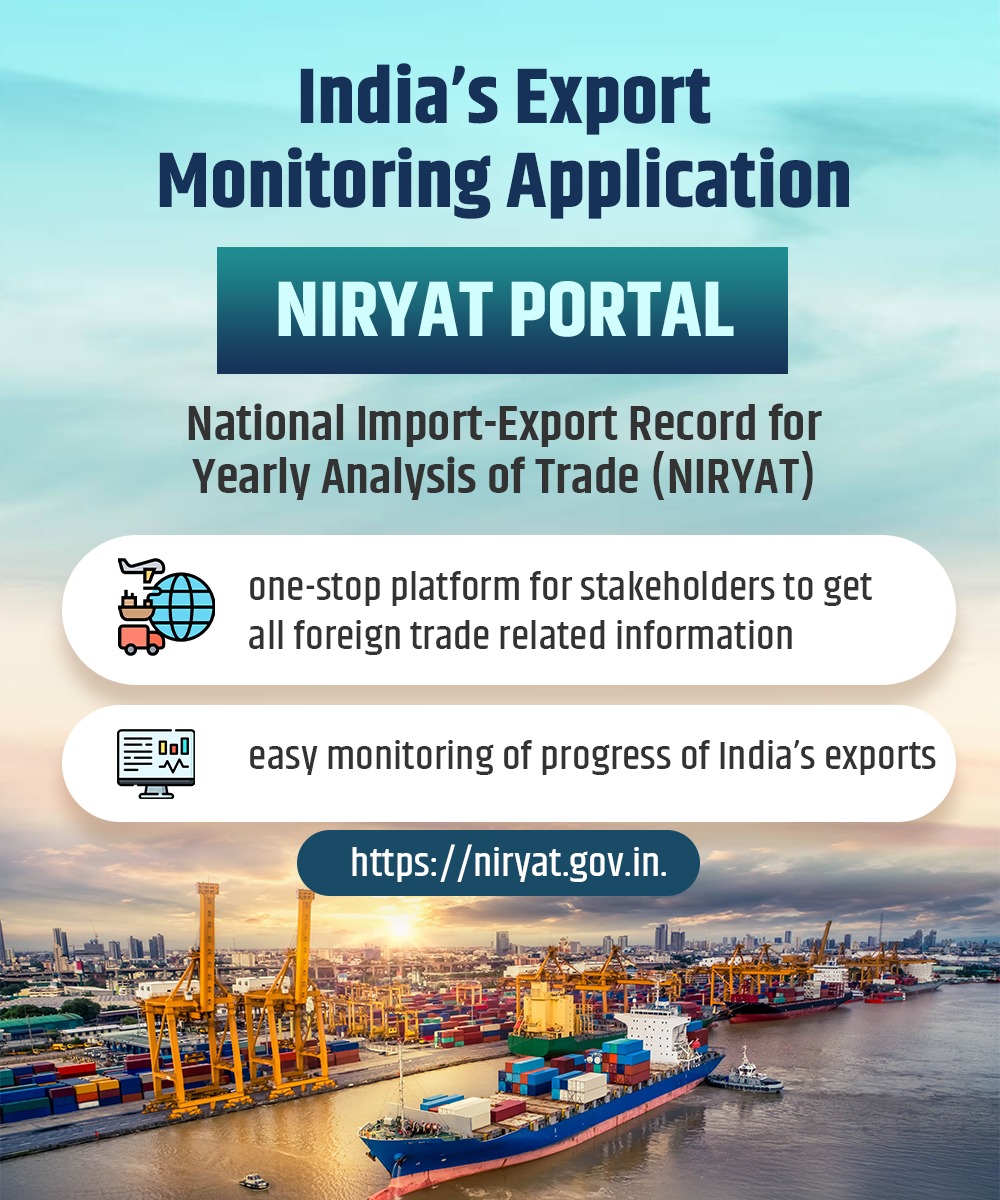 “Despite global disruptions last year, India exported a total of $670 billion- Rs 50 lakh crores. Exports are vital to a country’s progress. Initiatives like ‘Vocal for Local’ have also accelerated the country’s exports,” Modi said on the day. The government is working to promote ease of doing business and boost exports, Modi said adding new domestic products like handlooms are reaching new markets.

The PM also inaugurated the new Vanijya Bhawan on the day. Constructed near India Gate, the Vanijya Bhawan is designed as a smart building which incorporates the principles of sustainable architecture with a special focus on energy saving. It will serve as an integrated and modern office complex that will be used by the two Departments under the Ministry i.e. Department of Commerce and Department for Promotion of Industry and Internal Trade (DPIIT).

Import and domestic production of APIs