The pandemic has produced many tales of hardship and dislocation for the global seafarer community, with recent reports of the challenges for a group of I-Kiribati citizens highlighting the continuing challenges crew face around the world. However, for one group of residents of the small island nation in the Pacific, some of which have been away for up to two years, their journey home is ending in style aboard a chartered cruise ship.

The international organization Human Rights at Sea working with global partners is calling attention to the fate of nearly 200 seafarers from Kiribati currently scattered around the world waiting for a resolution of their travel problems. The challenge comes from the Kiribati government’s ongoing decision to close its borders to international travel despite appeals from the human rights groups and shipowners and operators, including Maersk, that sought to repatriate the stranded sailors on chartered flights.

“The Government in Tarawa (the capital of Kiribati) have repeatedly refused our suggestions, including covering all costs, to repatriate the seafarers stranded in Brisbane directly from Australia to Kiribati by plane,” Maersk told HRAS speaking on behalf of the international shipping companies.

The charity reports that the shipping lines have sought to assemble the seafarers into groups at various points around the world and when possible are transferring them to intermediary countries in the Pacific region in hopes of arranging the final leg of the journey home. That’s how a group of 165 I-Kiribati seafarers ended up in Fiji. HRAS reports there are also 39 individuals in Australia, 37 in Germany, 12 in Indonesia, and 15 in South Korea. Local humanitarian organizations have been working to support the communities.

Deutsche Seemannsmission in Germany has been assisting the individuals in Hamburg. HRAS has been organizing social events for the seafarers stranded in Australia while also seeking a solution to the travel dilemma. The shipping companies had hoped to organize charters transferring many of the crew to Australia and then on a charter flight home. When that did not work they were working to transfer them to neighboring Fiji.

The government of Kiribati indicated that it would be willing to support a transfer by sea of the stranded crew members and that is when the idea emerged of using a cruise ship. After a lot of arranging, 142 I-Kiribati seafarers boarded the 3,125 gross ton Reef Endeavour and the cruise ship departed Fuji on November 22. The ship is currently sailing north due to reach the capital of Kiribati on November 28. 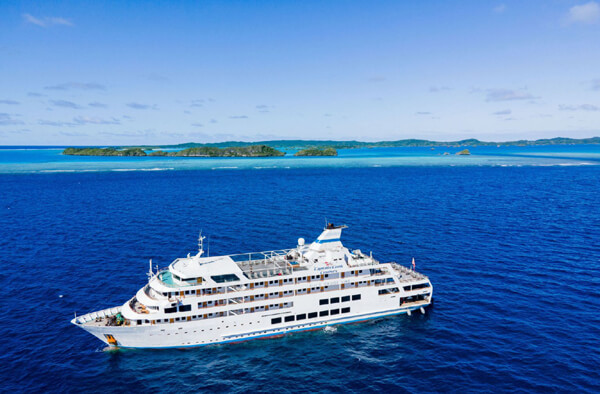 Pastor Matthias Ristau, chaplain at the Deutsche Seemannsmission in Germany, said the voyage is a landmark development in the seafarers’ struggle for repatriation. “After so much time waiting, it’s an incredible moment of happiness for all involved, and especially the seafarers that they are now sailing home finally after eight months stuck in Fiji,” he said.

Under the agreement with the Kiribati government, three doctors joined the cruise ship and its staff for the voyage. All of the seafarers underwent multiple COVID-19 testing before the voyage began and have agreed to a two-week quarantine on the ship when they reach home as well as additional testing before they will be permitted to come ashore.

HRAS said however that the challenges are still not resolved for more of the seafarers. Some remain stranded overseas with the shipping lines now planning a new charter flight to transfer more of the crew to Fiji, including those in Germany and South Korea. Ones currently living in Australia, however, are reluctant to leave as they will stop receiving their pay if they go to Fiji and the crew stranded in Indonesia has the additional challenge that the vaccine they received is not recognized by the government of Fiji. HRAS reports that it is continuing to work with the shipping companies and others looking for a solution to repatriating the remaining seafarers.

India emerges as the world’s largest producer and consumer of sugar...