According to C&F and shipping agent Syed Zahid Hossain, there is a great deal of time lost when unloading or loading cargo owing to the pressure of ships at Chittagong Port. But in Mongla, there is no such pressure. Many additional exporters will be interested in using this port once these garment items are exported. 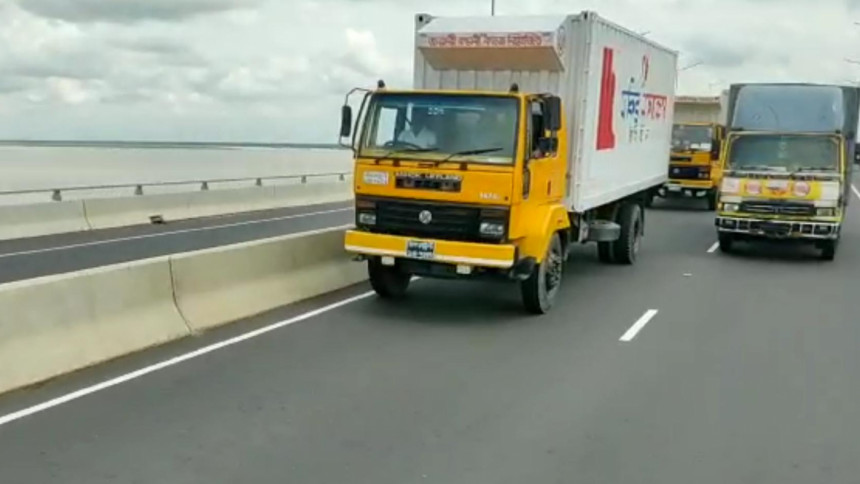 After the opening of the Padma Bridge, garment items are now being exported for the first time through Mongla Port, said the port Director (Traffic) Mustafa Kamal. With this export, a new journey began.

The Mongla Port Authority is one of the several entities in the southern region whose operations have grown as a result of the Padma Bridge’s opening on June 25 this year, said Md Liakat Hossain, president of the Bagerhat Chamber of Commerce and Industry.

Due to the Padma Bridge, the distance between Dhaka and Mongla port is now 170km, whereas, from Dhaka to Chittagong Port it is 260km. At Mongla, ship handling is quick and secure. Time and money are saved at the same time as the distance to Dhaka is decreased, he said.

Within a month of the Padma Bridge inauguration, a new path for the export of garment products through Mongla port has begun, said Rear Admiral Mohammad Musa, chairman of Mongla Port Authority.

These products are being sent directly from the port to Poland in containers owned by several clothing manufacturers. This import-export trend will become more prevalent in the future, he added.

Project for Chennai Port to Maduravoyal corridor in Tamil Nadu to...